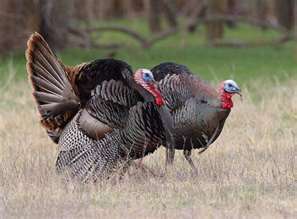 Here are some fascinating facts about what Benjamin Franklin thought should be our national bird: