In December, as the snow flies, underneath leaves, rocks, soil and mud, or inside trees, animals sleep away the winter months. There are animals that are still active in the winter months and will find protection from the harsh winter weather under dense foliage growth, in rock cavities, or in some other shelter spot.

Ducks that winter over in your area can be seen on lakes and rivers that have not frozen or in bodies of salt water.

You can identify last season’s summer flowers, goldenrod, milkweed and thistle by their seed heads.

December 21 is the first day of winter and the shortest day of the year. This is when the earth in the Northern Hemisphere is tilted the farthest away from the sun. Day is called the Winter Solstice because this is the time when the sun at midday reaches its lowest position of the year. After this day the sun will gradually raise its path across the sky and the day will lengthen as the earth tilts slowly back toward the sun, heading once again to summer.

Snow flakes are always fun to see. They are always hexagonal, six sided, but they change shape according to the temperature and where in the air they were formed. In the 1920s a Vermont man named W.A.Bentley was able to photograph more than 1,300 individual snowflake designs. 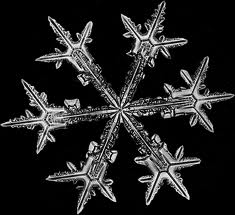 “Under the microscope, I found that snowflakes were miracles of beauty; and it seemed a shame that this beauty should not be seen and appreciated by others. Every crystal was a masterpiece of design and no one design was ever repeated.
When a snowflake melted, that design was forever lost. Just that much beauty was gone, without leaving any record behind.”      – W.A.Bentley 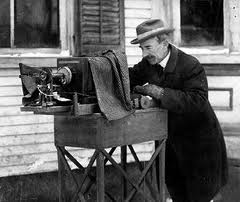 A self educated farmer, Bentley attracted world attention with his pioneering work in the area of photomicrography, most notably his extensive work with snow crystals (commonly known as snowflakes). By adapting a microscope to a bellows camera, and years of trial and error, he became the first person to photograph a single snow crystal in 1885.

He would go on to capture more than 5000 snowflakes during his lifetime, not finding any two alike. His snow crystal photomicrographs were acquired by colleges and universities throughout the world and he published many articles for magazines and journals including, Scientific American and National Geographic.

In 1931 his book “Snow Crystals”, containing more than 2400 snow crystal images, was published by McGraw-Hill but has long been out of print. A soft cover copy, identical in all respects, can be obtained today from Dover Publications, Inc.. On December 23, 1931, Bentley died at the family farmhouse in Jericho. Because of his wonderful work with snow crystals, he became affectionately known as “Snowflake” Bentley. 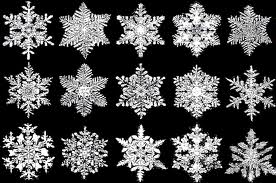 Look at snowflakes that fall on your sleeve.
Can you see the different shapes?